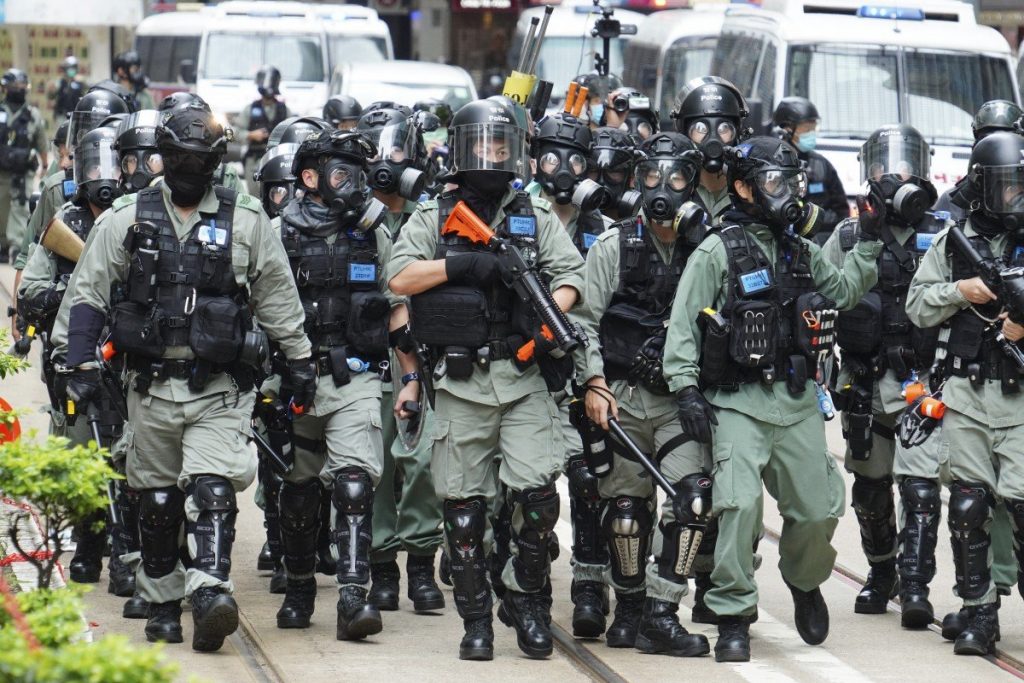 Over 3,00 riot officers will be deployed today, Thursday, June 4, to enforce the ban against the annual candlelight vigil, commemorating the anniversary of the 1989 Tiananmen Square Massacre (a student-movement resulting in the deaths of hundreds). This will be the first time in 30 years that  people have not been allowed to gather.

The ban was enforced on “health grounds,” however, it was also said by police that those who split into smaller groups would still be breaking the law. This warning of heavy police came as organizers of the rally at Victoria Park said they planned to go regardless, in groups of eight or less, the limit due to Covid-19 restrictions.

Organizer Lee Cheuk-yan said that he expected police to issue them fines for breaching the eight-person limit by factoring in the people around them, as they used as similar strategy for the May 1st Labor Day demonstration. He questioned, however, how the authorities could conclude that all those attending the vigil at Victoria Park would be gathering for the same purpose. “I could be commemorating the mother of a Tiananmen Square victim. Another person could be thinking about resistance,” he said.

Police have also banned the Hong Kong Association for Democracy and People’s Livelihood from holding a separate vigil on Thursday evening in Sham Shui, rejecting their appeal on Wednesday. Barrister Anson Wong Yu-yat said the police interpretation on group gatherings was debatable as “No one can say with certainty whether the court will regard to or more groups of eight protestors physically assembling in a place, while keeping one and a half meter distance between each group […] constituting a prohibited group gathering.”

Breaking the social distancing rules has a fine of HK$2,500 (US$258) for participants and GK$25,000 and six months jail-time for organizers. To avoid these fines, and other possible ramifications, the Alliance will also be holding online tributes for those world-wide to participate.

The way that Hong Kong (and more widely the People’s Republic of China, which is exercising increased authority over this territory) is dealing with protests and questions of health in a time of pandemic can function as an interesting comparison for cases of protests and mass gatherings in other parts of the world also still buffeted by COVID-19. The government’s use of public health guidance to manage non-health-related policy issues also raises questions.